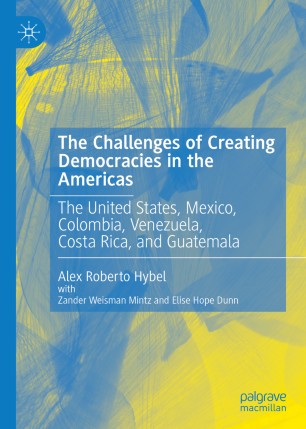 The Challenges of Creating Democracies in the Americas

This book’s leading goal is to explain why some states in the Americas have been markedly more effective than others at forming stable democratic regimes. The six states analyzed are the United States, Mexico, Colombia, Venezuela, Costa Rica, and Guatemala. The study identifies the critical challenges each state encountered at different stages of its state-creation and regime- formation processes, from the colonial period to the present. In its concluding chapter, the study presents a series of time-related hypotheses designed to capture the different evolutionary processes and explain variances in success.
Alex Roberto Hybel is the Susan Eckert Lynch Emeritus Professor of Government and International Relations at Connecticut College, USA.