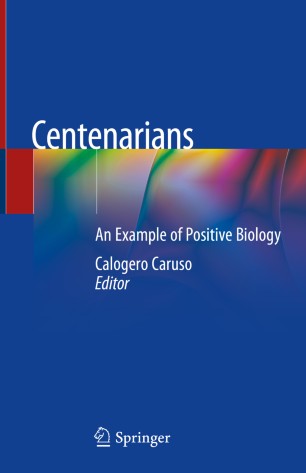 An Example of Positive Biology

This state-of-the-art review on longevity focuses on centenarians, studied as a model of positive biology.

The extraordinary rise in the elderly population in developed countries underscores the importance of studies on ageing and longevity in order to decrease the medical, economic and social problems associated with the increased number of non-autonomous individuals affected by invalidating pathologies.

Centenarians have reached the extreme limits of human life span. Those in relatively good health, who are able to perform their routine daily tasks, are the best examples of extreme longevity, representing selected individuals in which the appearance of major age-related diseases – including cancer and cardiovascular diseases – has been consistently delayed or avoided.

The relationship between causality and chance is an open discussion topic in many disciplines. In particular, ageing, the related diseases, and longevity are difficult to define as a consequence of causality, chance or both. Discussing the relevance of these different factors in the attainment of longevity, the book gathers contributions on genetic, epigenetic and phenotypic aspects of centenarians.

The “positive biology” approach is applied to clarify the causes of positive phenotypes, as well as to explain the biological mechanisms of health and well-being with the aim of preventing and/or reducing frailty and disability in the elderly.