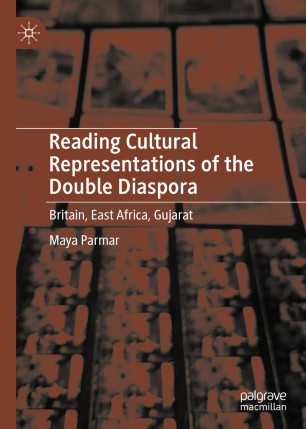 Reading Cultural Representations of the Double Diaspora: Britain, East Africa, Gujarat is the first detailed study of the cultural life and representations of the prolific twice-displaced Gujarati East African diaspora in contemporary Britain. An exceptional community of people, this diaspora is disproportionally successful and influential in resettlement, both in East Africa and Britain. Often showcased as an example of migrant achievement, their accomplishments are paradoxically underpinned by legacies of trauma and deracination.

The diaspora, despite its economic success and considerable upward social mobility in Britain, has until now been overlooked within critical literary and postcolonial studies for a number of reasons. This book attends to that gap. Parmar uniquely investigates what it is to be not just from India, but too Africa—how identity forms within, as the study coins, the “double diaspora”. Parmar focuses on cultural representation post-twice migration, via an interdisciplinary methodology, offering new contributions to debates within diaspora studies. In doing so, the book examines a range of cultures produced amongst, or about, the diaspora, including literary representations, culinary, dance and sartorial practices, as well as visual materials.

Maya Parmar is a Postdoctoral Research Associate in English Literature at The Open University, UK, as well as an Honorary Research Fellow with the College of Humanities at the University of Exeter, UK. She has been published in the journals Wasafiri (2017), Interventions (2015), South Asian Popular Culture (2014), and Atlantis (2013), as well as in the edited collection entitled South-Asian Fiction in English: Contemporary Transformations (2016).