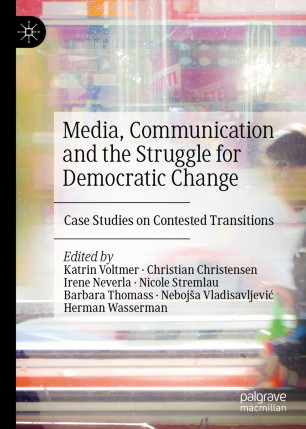 Media, Communication and the Struggle for Democratic Change

This book investigates the role of media and communication in processes of democratization in different political and cultural contexts. Struggles for democratic change are periods of intense contest over the transformation of citizenship and the reconfiguration of political power. These democratization conflicts are played out within an increasingly complex media ecology where traditional modes of communication merge with new digital networks, thus bringing about multiple platforms for journalists and political actors to promote and contest competing definitions of reality. The volume draws on extensive case study research in South Africa, Kenya, Egypt and Serbia to highlight the ambivalent role of the media as force for democratic change, citizen empowerment, and accountability, as well as driver of polarization, radicalization and manipulation.