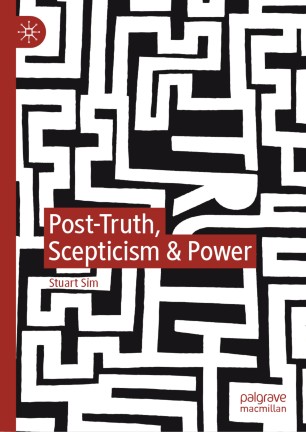 "Professor Sim clearly cares for the truth; his is a patient exploration of the phenomenon of post-truth, and a rigorously argued defence of the political and philosophical virtues of holding to the truth. He traces the history of post-truth, following the interweaving discourses of fact, faith, fiction, rhetoric, truth and lies to drill down into the complex motivations underpinning the toxic ideology of post-truth. His book is a powerful plea for truth, rationally persuasive, enlightened and enlightening."

This book examines the concept of post-truth and the impact it is having on contemporary life, bringing out both its philosophical and political dimensions. Post-truth is contextualised within the philosophical discourse of truth, with particular reference to theories of scepticism and relativism, to explore whether it can take advantage of these to claim any intellectual credibility. Sim's argument is that post-truth cannot be defended on either sceptical or relativistic grounds – even those provided by recent iconoclastic philosophical movements such as poststructuralism and postmodernism.The affinity between post-truth and conspiracy theory is emphasised, and the extent to which post-truth plays a role in religious doctrine is also considered. Post-truth is seen to constitute a threat to liberal democratic ideals and our Enlightenment heritage, raising the question of whether we are moving into a post-liberal age where the far right would hold power. To prevent this, post-truth urgently needs to be countered.