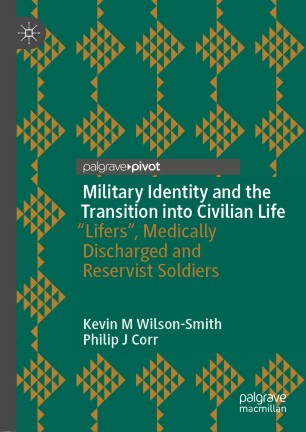 Military Identity and the Transition into Civilian Life

This book outlines the relationship between social identity theory and military to civilian transition, examining the mass movement of soldiers back into the civilian occupational world by considering literature specifically on role exit and in relation to the process of full-time military exit. The authors document a range of biographical and experientially-focussed case studies to highlight the range of transitions experienced by individuals leaving the armed forces.

This book highlights the challenges faced by those transitioning between military and civilian roles through retirement, redundancy, medical discharge or in constant transition as a Reservist. It addresses themes of significant public interest in the light of the recent restructure of the UK full-time and reserve services and following the Iraq and Afghanistan wars.

Kevin M Wilson-Smith is Senior Lecturer at the University of Glasgow, UK, specialising in occupational psychology and military applications of psychology. He has presented his work in military identity and transition at a number of national and international conferences.