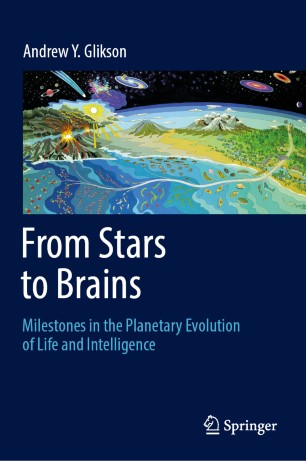 The permutation of basic atoms—nitrogen, hydrogen, oxygen, carbon and  phosphorus―into the biomolecules DNA and RNA, subsequently evolved in cells and brains, defining the origin of life and intelligence, remains unexplained. Equally the origin of the genetic information and the intertwined nature of ‘hardware’ and ‘software’ involved in the evolution of bio-molecules and the cells are shrouded in mystery. This treatise aims at exploring individual and swarm behaviour patterns which potentially hint at as yet unknown biological principles. It reviews theories of evolution with perspectives from the earth sciences, commencing with the earliest observed records of life. This is followed by reviews and discussion of the building blocks of life, marine and terrestrial communities, the arthropods, birds and finally humans. It is suggested that, further to the mutation/natural selection processes established by Darwin and Wallace, an understanding of the evolution of intelligence remains little understood. A directionality of evolutionary trajectories is evident, not least the purposeful thinking process of humans as well as animals. It is not clear how directional intelligence, manifested for example by the collective intelligence of arthropod colonies, has evolved from mutation/natural selection processes. Potential clues for the understanding of life and evolution are provided by Aristotle’s dictum of “the whole being greater than the sum of the parts”, Niels Bohr’s principle of quantum complementarity and George Ellis’ theory of top-down causality. Inherent in the question of the origin of life is an anthropocentric bias, related to the self-referential Anthropic Principle and theological paradigms of man’s supposed dominion over all other species. The Anthropic Principle, however, should be capable of being circumvented using the scientific falsification method, assuming  universal verified constants of physics. The phenomenon of the human mastery of fire and the splitting of the atom, leading to the seventh major mass extinction of species, remains incomprehensible.