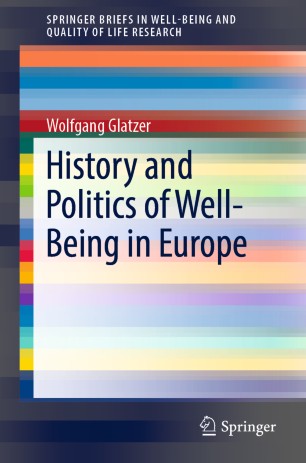 History and Politics of Well-Being in Europe

This book presents a reconstruction of the history of well-being on the European continent with special attention to the European Union, as people from Europe have a history of a long-term march towards well-being. It discusses ancient civilizations on the European continent, which have contributed significantly to the features of well-being in contemporary Europe. Following Europe`s success over the past millennium, which brought the continent a unique rise to better well-being it also imposed new challenges for sustaining well-being and alleviating misery. It is shown that Europeans attained a high level of well-being in global comparison, yet their attitudes remained at the same time ambivalent and precarious. Significant parts of the population claim a low well-being and suffer from the difficulties of life. Even though a top ranked area of socio-economic development in the world, this book shows that poverty, inequality and  hardship remain stable structural problems which have to be overcome in order to avoid significant restrictions for a broad quality of life. But despite all their burdens and hardships, Europeans are among the most prosperous and privileged people in the world.