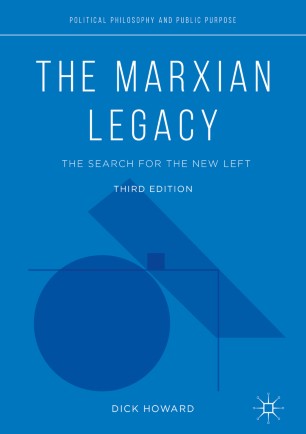 The Search for the New Left

The Marxian Legacy, first published in 1977 and released in a second edition in 1988, was and remains distinct in its view of Marxian theory as 'critique, ' aware of its own origins and limitations and self-conscious about its own historical rootedness in changing social and political conditions. This new and fully revised third edition retains the original synthesis of the divergent traditions of German, critical, and French Marxisms into a living Marxian legacy that changes and reconceptualizes itself, while also providing a new critical introduction and concluding chapter. Such a re-evaluation of the Marxian legacy, which was urgent in the 1970s when the United States was caught up in imperial wars and domestic as well as racial conflict, remains relevant today when—as was the case nearly half a century ago—Marx’s legacy has largely been forgotten and yet remains as a symbol of radical thinking that could inspire the new movements. The Marxian Legacy, 3rd Edition retains the freshness of discovery from those times while fully updating the text for our contemporary moment, and adding two features: a philosophical closure; and, a perspective on what was possible then, and what remains to be done today.