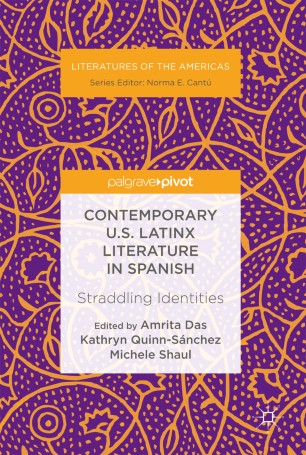 U.S. Latinx Literature in Spanish remains an understudied field despite its large and vibrant corpus. This is partly due to the erroneous impression that this literature is only written in English, and partly due to traditional educational programs focusing on English texts to include non-Spanish speakers and non-Latinx students. This has created a vacuum in research about Latinx literary production in Spanish, leaving the contemporary field wide open for exploration.
This volume fills this space by bringing contemporary U.S. Latinx literature in Spanish to the forefront of the field. The essays focus on literary production post-1960 and examine texts by authors from different backgrounds writing from the U.S., providing readers with an opportunity to explore new texts in Spanish within U.S. Latinx literature, and a departure point for starting a meaningful critical discourse about what it means to write and publish in Spanish in the U.S. Through exploring literary production in a language that is both emotionally and politically charged for authors, the academia, and the U.S., this book challenges and enhances our understanding of the term ‘Americas’.

“The editors and authors of this volume succeed in mapping the contours of an evolving and increasingly variable field. … Overall, the volume clearly articulates the problems of English-only approaches to Latinx texts and clears space for future projects centred on the vital and strategic role of Spanish in Latinx literature.” (Marlene Hansen Esplin, Bulletin of Spanish Studies, Vol. 97 (3), 2020)