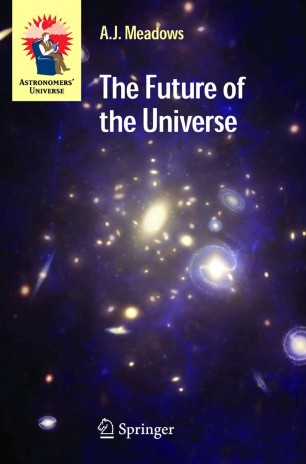 A lot has been written about the history of the universe, from the Big Bang through the evolution of galaxies and stars, to the eventual appearance of life and intelligence.

Much less has been written about what comes next.

What will happen to the planets, stars, and galaxies in the distant future as the universe matures and ages? And closer to home, what will happen to mankind, and to any other intelligent life that may exist on other worlds?

Informed scientific speculation about these biggest of all questions is difficult but by no means impossible, and The Future of the Universe brings together current thinking on the subject. Beginning with a searching look at how our own Sun will probably evolve and the effect this will have on the planets of the solar system, Jack Meadows then turns his spotlight on the stars, galaxies, and clusters of galaxies. Finally he considers the various possible fates of the universe itself, and looks at our present understanding of this ultimate enigma.