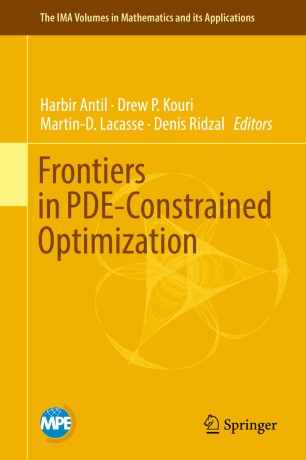 Part of the The IMA Volumes in Mathematics and its Applications book series (IMA, volume 163)

This volume provides a broad and uniform introduction of PDE-constrained optimization as well as to document a number of interesting and challenging applications. Many science and engineering applications necessitate the solution of optimization problems constrained by physical laws that are described by systems of partial differential equations (PDEs)​. As a result, PDE-constrained optimization problems arise in a variety of disciplines including geophysics, earth and climate science, material science, chemical and mechanical engineering, medical imaging and physics.

The second part of this volume focuses on the application of PDE-constrained optimization including problems in optimal control, optimal design and inverse problems, which includes a comprehensive treatment of inverse problems arising in the oil and gas industry, among other topics.