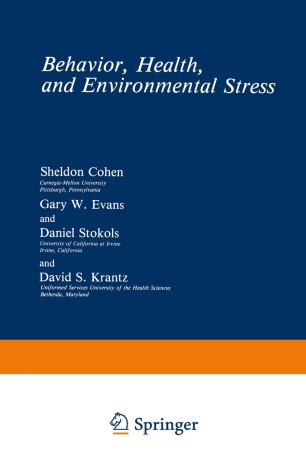 Eight years ago, four psychologists with varying backgrounds but a common in­ terest in the impact of environmental stress on behavior and health met to plan a study of the effects of aircraft noise on children. The impetus for the study was an article in the Los Angeles Times about architectural interventions that were planned for several noise-impacted schools under the air corridor of Los Angeles Interna­ tional Airport. These interventions created an opportunity to study the same chil­ dren during noise exposure and then later after the exposure had been attenuated. The study was designed to test the generality of several noise effects that had been well established in laboratory experimental studies. It focused on three areas: the relationship between noise and personal control, noise and attention, and noise and cardiovascular response. Two years later, a second study, designed to replicate and extend findings from the first, was conducted.