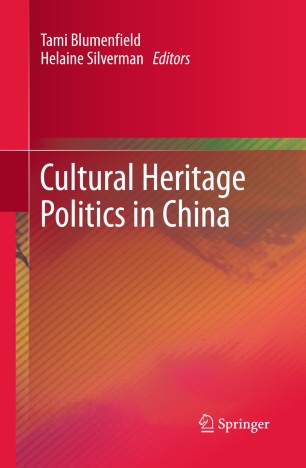 This volume explores China’s cultural heritage ideology and policies from three interrelated perspectives: the State and World Heritage tourism; cultural heritage tourism at sites not designated through an international system; and the cultural politics of museums and collections . It also considers the broader implications of China as a heritage power as the nation mobilizes routes beyond its borders as essential components of its own patrimony. The volume is timely because a cultural heritage designation craze is underway in China. Officials at many levels now see heritage preservation as a means for commoditizing and developing their regions. They are devoting new resources and attention to national and international heritage designations, but contradictions and complications in the actual practices of designating and protecting heritage abound . Thus, addressing cultural heritage politics in a nation dedicated to designation is an important project, particularly in the context of a rapidly growing economy increasingly interested in asserting its cultural power beyond its borders.

Cultural Heritage Politics in China addresses a wide range of cultural heritage issues, providing an excellent mix of interdisciplinary case studies: historic vernacular urban environments, ethnic tourism, scenic tourism, pilgrimage as tourism, museums, border heritage, underwater remains, and the actual governance and management of the sites[TB4] . Moreover, the volume draws from an impressive range of contributors, including scholars from China, Hong Kong, Australia, Europe, and the United States, who have both scholarly and applied experience in the fields of heritage tourism and museum studies. In addition to their extensive field research, many contributors have served as consultants for UNESCO, helped China develop applications for World Heritage sites, and consulted with museums. With its extensive case studies from experienced heritage experts, Cultural Heritage Politics in China provides an outstanding introduction to current cultural heritage issues in China and contributes to Chinese studies for those with greater knowledge of the area.

Tami Blumenfield is the James B. Duke Assistant Professor of Asian Studies at Furman University. An anthropologist of China and documentary film producer who earned her doctorate at the University of Washington in 2010, she has spent more than four years conducting fieldwork in ethnically diverse regions of southwest China. Supported in part by a Fulbright fellowship and a grant from the Association for Asian Studies China and Inner Asia Council, she has researched educational practices, cultural heritage politics, and social change. Much of her research has explored social change in Na villages located in and around tourist zones near Lugu Lake. Her book manuscript Screening Moso: Communities of Media in Southwest China, supported by a publication fellowship from the American Association for University Women, discusses a collaboration and participatory media project with the Moso Folk Museum. Blumenfield has also begun a project examining growing inequality in tourist areas of northwest Yunnan. She is a founding board member of the Cool Mountain Education Fund, an organization that supports students in Liangshan, China.

Helaine Silverman is a Professor in the Department of Anthropology at the University of Illinois and Director of the Collaborative for Cultural Heritage Management and Policy (CHAMP). She is a member of Forum-UNESCO, an Expert Member of ICOMOS’ International Committee on Archaeological Heritage Management (ICAHM), and an affiliate member of ICOMOS’s International Scientific Committee on Cultural Tourism (ICTC). Her current research is a critical analysis of the cooperative and conflictual production of archaeological monuments as cultural heritage sites for visual, performative, economic and political consumption as undertaken by national governments, regional authorities, local administrations, community stakeholders, and the global tourism industry. Most of her research around these issues is conducted in Peru. In addition to her own authored works on cultural heritage, tourism and museums, she is the editor of Archaeological Site Museums in Latin America (University Press of Florida, 2006), Cultural Heritage and Human Rights (Springer, 2007), Intangible Heritage Embodied (Springer, 2009) and Contested Cultural Heritage: Religion, Nationalism, Erasure and Exclusion in a Global World (Springer, 2011). She serves on the editorial boards of American Anthropologist, International Journal of Heritage Studies, Heritage & Society, and World Art. She currently edits the “Heritage, Tourism, and Community” book series (Left Coast Press) and is a co-editor of ICAHM’s “Multidisciplinary Perspectives in Archaeological Heritage Management” book series (Springer Press).