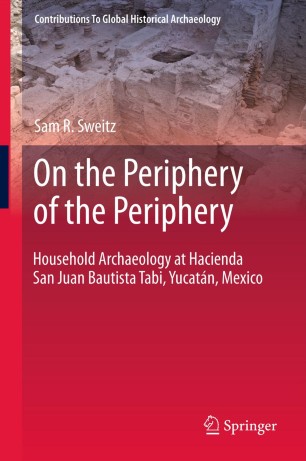 This volume examines the social and economic changes that characterized Yucatán, Mexico, circa the late 18th through early 19th centuries, as the region became increasingly articulated within global networks of exchange.  This work, utilizing archaeological, ethnohistorical, documentary, and oral history evidence, traces the economic and social effects that the rise and ultimate supremacy of capitalist organized production in the form of the hacienda system had on native Maya social organization in the northern Yucatán peninsula.  Archaeological investigations conducted on the grounds of the former Hacienda San Juan Bautista Tabi reveal how the local, expressed in material culture remains and the landscape of the hacienda, articulated with larger global processes to create change in the lives of those individuals incorporated within the hacienda system.  Fundamental shifts in the organization and relations of production led to new forms of domestic organization and new expressions of social status, wealth, and power within the physical and social landscape of the hacienda.  Using a total history approach, this volume explores how changes in the lives of the workers at the hacienda reflect historically particular local negotiations with the social, political, and economic realities of an evolving global system of capitalist based production, circulation, and consumption.

Sam Sweitz is an Assistant Professor of Anthropology and Archaeology and a faculty member of the Industrial Archaeology Program at Michigan Technological University.  His research focuses on the evolution and impact of the sugar industry in Latin America and the Caribbean.  Dr. Sweitz is particularly interested in how social change is related to the articulation of local people within global economic processes.