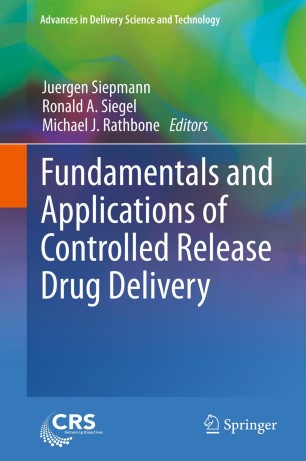 This authoritative book covers the fundamentals relating to the science and technology of drug delivery.  The book is written at a level that is understandable to those entering the field and who are not familiar with its common phrases or complex terms.  It is a book that provides a simple encapsulation of concepts and expands on them using a building block approach to each subject, starting at a basic level and building to extend the readers knowledge and application of the subject.  In each chapter the basic concept is explained as simply and clearly as possible without a great deal of detail, then in subsequent sections additional material is introduced in order to build up the reader’s understanding and comprehension of the subject matter.

The book comprises several Parts.  The first part covers the fundamentals of drug delivery, the second covers delivery materials, the third deals with delivery systems (both temporal and spatial) and the fourth introduces the reader to some clinical applications of drug delivery. The book ends with a future outlook chapter in which prospects for the field are envisioned.

This book will be indispensible to scientists interested in the science and technology of drug delivery and be essential for those developing delivery systems designed to improve the clinical performance of a drug.

Professor Juergen Siepmann is Professor of Pharmaceutics at the College of Pharmacy, Université Lille Nord de France, Lille, France. He studied pharmacy and received his doctoral degree from the Freie Universitaet Berlin, Berlin, Germany, in 1999. His research focuses on the elucidation of the underlying mass transport phenomena in controlled drug delivery systems. Prof. Siepmann is reviews editor of the International Journal of Pharmaceutics and president of APGI (French Association of Pharmaceutical Technology). Since 2010 he is heading the INSERM (French National Institute of Health and Medical Research) research group “Controlled Drug Delivery Systems and Biomaterials”.

Ronald A. Siegel, Sc.D., is Professor of Pharmaceutics and Biomedical Engineering at the University of Minnesota.  He received his doctoral degree from MIT under the direction of Prof. Robert Langer in 1984, and taught at the University of California, San Francisco until 1998, when he moved to Minnesota.  Professor Siegel is Fellow of the Controlled Release Society (CRS), the American Association of Pharmaceutical Scientists, and the American Institute of Medical and Biological Engineering.  He was president of CRS from 1997-1998.  His present research interests include hydrogels, block polymers, microfabricated sensors and drug delivery systems, and mathematical modeling of transport.