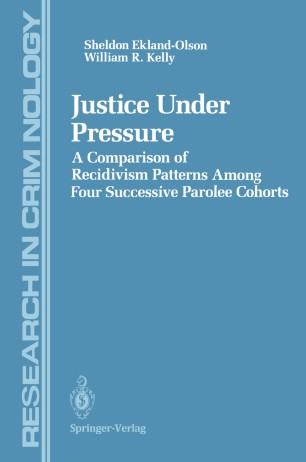 A Comparison of Recidivism Patterns Among Four Successive Parolee Cohorts

Justice Under Pressure analyzes the effects of prison crowding on the justice system. The authors focus on dramatic changes in the administration of criminal justice in Texas during the 1980s and the influence of those changes on the three-year survival rates among parolees released between 1984 and 1987. Setting out to identify differences in recidivism and the crime rate as a result of the changes instituted in Texas, the authors report the findings of their comparative "survival analysis" of 4 successive cohorts of parolees, plus a chapter specifically directed at a comparative analysis of an emergency release cohort. The final chapter compares prison construction policies and crime rate trends in Texas and California to highlight the major policy implications of the findings. This book is of particular interest to criminologists, forensic psychologists, forensic psychiatrists, and students in these fields.