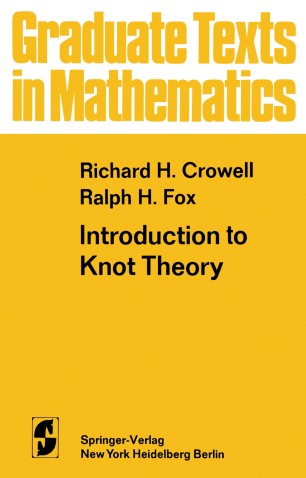 Knot theory is a kind of geometry, and one whose appeal is very direct because the objects studied are perceivable and tangible in everyday physical space. It is a meeting ground of such diverse branches of mathematics as group theory, matrix theory, number theory, algebraic geometry, and differential geometry, to name some of the more prominent ones. It had its origins in the mathematical theory of electricity and in primitive atomic physics, and there are hints today of new applications in certain branches of chemistryJ The outlines of the modern topological theory were worked out by Dehn, Alexander, Reidemeister, and Seifert almost thirty years ago. As a subfield of topology, knot theory forms the core of a wide range of problems dealing with the position of one manifold imbedded within another. This book, which is an elaboration of a series of lectures given by Fox at Haverford College while a Philips Visitor there in the spring of 1956, is an attempt to make the subject accessible to everyone. Primarily it is a text­ book for a course at the junior-senior level, but we believe that it can be used with profit also by graduate students. Because the algebra required is not the familiar commutative algebra, a disproportionate amount of the book is given over to necessary algebraic preliminaries.