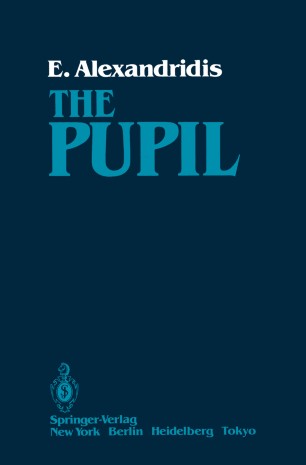 This monograph by Professor Alexandridis continues the proud tradition of German ophthalmology in its discussion of the pupil and its importance in the diagnosis of ocular, neurologic, and systemic diseases. The first encyclopedic work on the pupil was written by Wilbrand and Saenger at the end of the 19th century. This redoubtable pair of physicians collected, analyzed, and clas­ sified all the material available at that time, bringing order into the previous chaos. The second major work was the book by C. v. Behr shortly after World War 1. At that time, syphilis had been accurately diagnosed with the aid of serologic tests, and pharmacologic effects on the pupil had become well known. The third significant development was initiated before World War II by the neurologist Otto Lowenstein, whose work was later brilliantly continued by his pupil and niece Irene Lowenfeld. The introduction of their clinically useful pupillograph made quantitative analysis possible. There followed a number of important contributions to the knowledge of pupillary physiology and pathology, espe­ cially by Harms in Tiibingen and Thompson in Iowa City. But the next decisive contribution is this monograph by Alexandridis.