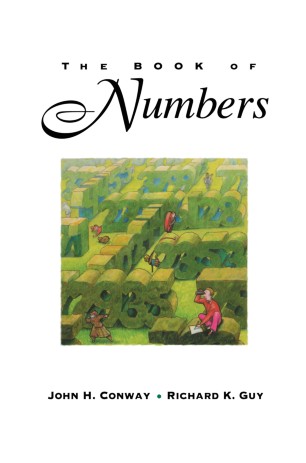 The Book of Numbers

Journey through the world of numbers with the foremost authorities and writers in the field.
John Horton Conway and Richard K. Guy are two of the most accomplished, creative, and engaging number theorists any mathematically minded reader could hope to encounter. In this book, Conway and Guy lead the reader on an imaginative, often astonishing tour of the landscape of numbers.
The Book of Numbers is just that - an engagingly written, heavily illustrated introduction to the fascinating, sometimes surprising properties of numbers and number patterns. The book opens up a world of topics, theories, and applications, exploring intriguing aspects of real numbers, systems, arrays and sequences, and much more. Readers will be able to use figures to figure out figures, rub elbows with famous families of numbers, prove the primacy of primes, fathom the fruitfulness of fractions, imagine imaginary numbers, investigate the infinite and infinitesimal and more.