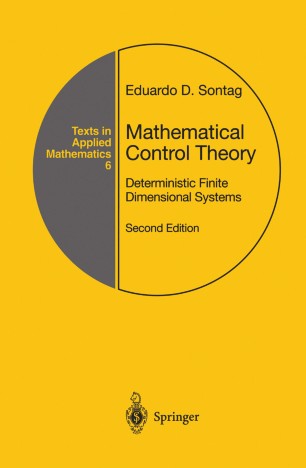 Mathematics is playing an ever more important role in the physical and biologi­ cal sciences, provoking a blurring of boundaries between scientific disciplines and a resurgence of interest in the modern as well as the classical techniques of applied mathematics. This renewal of interest, both in research and teaching, has led to the establishment of the series Texts in Applied Mathematics (TAM). The development of new courses is a natural consequence of a high level of excitement on the research frontier as newer techniques, such as numerical and symbolic computer systems, dynamical systems, and chaos, mix with and rein­ force the traditional methods of applied mathematics. Thus, the purpose of this textbook series is to meet the current and future needs of these advances and to encourage the teaching of new courses. TAM will publish textbooks suitable for use in advanced undergraduate and beginning graduate courses, and will complement the Applied Mathematics Sci­ ences (AMS) series, which will focus on advanced textbooks and research-level monographs. v Preface to the Second Edition The most significant differences between this edition and the first are as follows: • Additional chapters and sections have been written, dealing with: nonlinear controllability via Lie-algebraic methods, variational and numerical approaches to nonlinear control, including a brief introduction to the Calculus of Variations and the Minimum Principle, - time-optimal control of linear systems, feedback linearization (single-input case), nonlinear optimal feedback, controllability of recurrent nets, and controllability of linear systems with bounded controls.

From the reviews
"This book will be very useful for mathematics and engineering students interested in a modern and rigorous systems course, as well as for the experts in control theory and applications."
MATHEMATICAL REVIEWS
Buy options