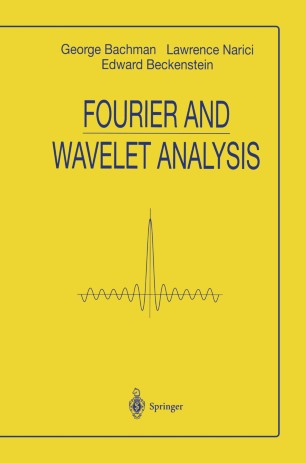 globalized Fejer's theorem; he showed that the Fourier series for any f E Ld-7I", 7I"] converges (C, 1) to f (t) a.e. The desire to do this was part of the reason that Lebesgue invented his integral; the theorem mentioned above was one of the first uses he made of it (Sec. 4.18). Denjoy, with the same motivation, extended the integral even further. Concurrently, the emerging point of view that things could be decom­ posed into waves and then reconstituted infused not just mathematics but all of science. It is impossible to quantify the role that this perspective played in the development of the physics of the nineteenth and twentieth centuries, but it was certainly great. Imagine physics without it. We develop the standard features of Fourier analysis-Fourier series, Fourier transform, Fourier sine and cosine transforms. We do NOT do it in the most elegant way. Instead, we develop it for the reader who has never seen them before. We cover more recent developments such as the discrete and fast Fourier transforms and wavelets in Chapters 6 and 7. Our treatment of these topics is strictly introductory, for the novice. (Wavelets for idiots?) To do them properly, especially the applications, would take at least a whole book.