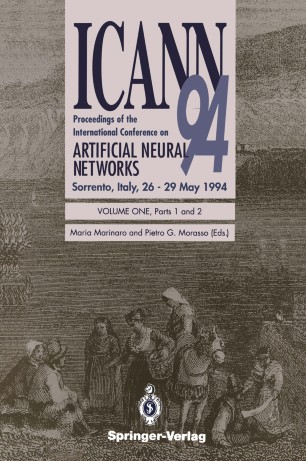 Proceedings of the International Conference on Artificial Neural Networks Sorrento, Italy, 26–29 May 1994 Volume 1, Parts 1 and 2

From its early beginnings in the fifties and sixties the field of neural networks has been steadily growing. The first wave was driven by a handful of pioneers who first discovered analogies between machines and biological systems in communication, control and computing. Technological constraints held back research considerably, but gradually computers have become less expensive and more accessible and software tools inceasingly more powerful. Mathematical techniques, developed by computer-aware people, have steadily accumulated and the second wave has begun. Researchers from such diverse areas as psychology, mathematics, physics, neuroscience and engineering now work together in the neural networking field.