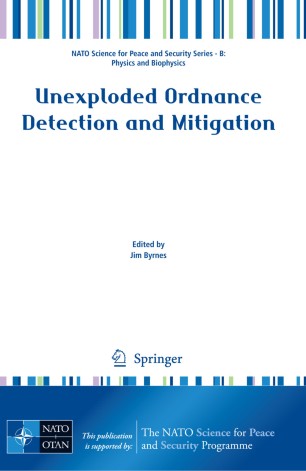 The chapters in this volume were presented at the July–August 2008 NATO Advanced Study Institute on Unexploded Ordnance Detection and Mitigation. The conference was held at the beautiful Il Ciocco resort near Lucca, in the glorious Tuscany region of northern Italy. For the ninth time we gathered at this idyllic spot to explore and extend the reciprocity between mathematics and engineering. The dynamic interaction between world-renowned scientists from the usually disparate communities of pure mathematicians and applied scientists which occurred at our eight previous ASI’s continued at this meeting. The detection and neutralization of unexploded ordnance (UXO) has been of major concern for very many decades; at least since the First World war. UXO continues to be the subject of intensive research in many ?elds of science, incl- ing mathematics, signal processing (mainly radar and sonar) and chemistry. While today’s headlines emphasize the mayhem resulting from the placement of imp- vised explosive devices (IEDs), humanitarian landmine clearing continues to draw signi?cant global attention as well. In many countries of the world, landmines threaten the population and hinder reconstruction and fast, ef?cient utilization of large areas of the mined land in the aftermath of military con?icts.