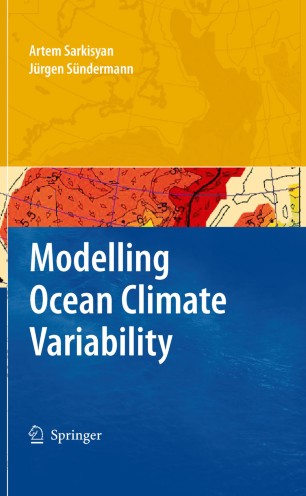 In this wide-ranging and comprehensive review of the historical development and current status of ocean circulation models, the analysis extends from simple analytical approaches to the latest high-resolution numerical models with data assimilation. The authors, both of whom are pioneer scientists in ocean and shelf sea modelling, look back at the evolution of Western and Eastern modelling methodologies during the second half of the last century. They also present the very latest information on ocean climate modelling and offer examples for a number of oceans and shelf seas.

The book includes a critical analysis of literature on ocean climate variability modelling, as well as assessing the strengths and weaknesses of the best-known modelling techniques. It also anticipates future developments in the field, focusing on models based on a synthesis of numerical simulation and field observation, and on nonlinear thermodynamic model data synthesis.

The authors are ideally placed to offer an in-depth perspective on ocean climate modelling. Academician Artem Sarkisyan is currently acting professor at the Moscow State University. He is a pioneer scientist in numerical modelling of ocean circulation, with more than half a century of experience in the field. He is the author and co-author of more than 230 papers and 12 books, published in Russian, English and Chinese, and has been guest lecturer at the universities of Hamburg and Delhi. He has been involved in numerous international programs including WOCE, POLYMODE, TOGA and IAPSO, of which he has been vice-president.

Jürgen Sündermann is Professor Emeritus in Physical Oceanography of the University of Hamburg, Germany. He has been the director of the Centre of Marine and Climate Research in Hamburg for 12 years. He has also been vice-president of IAPSO, and is a coordinator and reviewer of EU research projects. Prof. Sündermann is guest professor and scientist at academic institutions in Honolulu, USA; Novosibirsk, Russia; Pune, India; Ispra, Italy; and Qingdao in China. He is a Foreign Member of the Polish Academy of Sciences, a member of AGU and AMS. He has published 10 books and more than 100 papers in scientific journals.