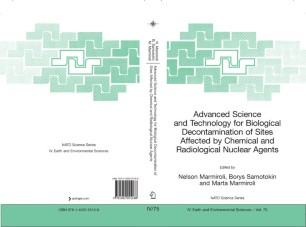 Pollution of soils and waters by human activities is an important and widespread problem. This pollution by, organic and inorganic substances can affect individual organisms, human populations, and ecosystems, each in its own unique way. In particular former military installations, often used for weapons production and nuclear power plants represent a ongoing and substantial threat to environment and human health because of the specific pollutants that can be released: Solvents, explosives, fuels, radionuclides, heavy metals, and metalloids all have been identified in the environment around these installations. Remediation technologies for these contaminated sites have been developed based on conventional systems utilising physical and chemical treatments, such as excavation and incineration, pump-and-treat methods, ultraviolet oxidation, soil washing, etc. These approaches are usually very expensive, and can involve the removal of large amounts of soil or water, which often leads to resources depletion and limitation in the future utilisation of the site. Recently, new decontamination approaches, based on living organisms, in particular micro-organisms and plants, have been researched and developed as a more sustainable alternative because they have lower costs, reduced environmental impacts, and increased public acceptance. Development of biological decontamination techniques has been carried out in several laboratories and research institutions worldwide, and practical applications on contaminated sites have been recorded in several countries. In the USA and Canada several commercial companies have been utilizing these approaches for years, alongside conventional techniques, with great success:; a good examples can be found is in the U. S.