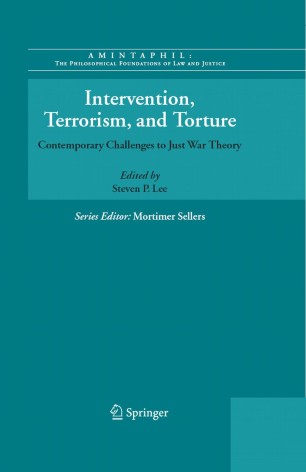 Just war theory is the traditional approach taken to questions of the morality of war, but war today is far from traditional. War has been deeply affected in recent years by a variety of social and technological developments in areas such as international terrorism, campaigns of genocide and ethnic cleansing, the global human rights movement, economic globalization, and military technology. This book asks whether just war theory is adequate to the challenges these developments pose. Just war theory provides rules for determining when it is justified to fight a war. But some have argued that the nature of contemporary war makes these rules obsolete. For example, genocidal and aggressive regimes may require the use of military force that is not strictly in self-defense, as just war theory requires. In addition, the theory provides rules for determining what the limits are on justified conduct in war. But the random violence of terrorism and the deliberately inflicted violence of torture seem endemic to our age, yet take us beyond the limits set by these rules of conduct in war. By carefully examining the phenomena of intervention, terrorism, and torture from a number of different perspectives, the essays in this book explore this set of issues with insight and clarity.