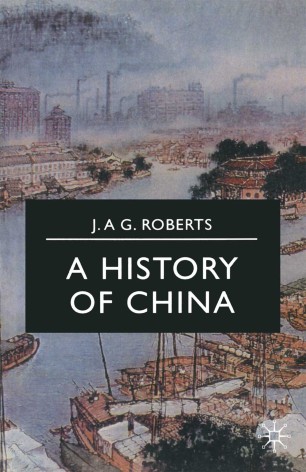 A History of China

That China will play a leading role in the twenty first century is undoubtedly true but for many Westerners, the record of China's past is a closed book. This new study, which is directed both at the student and at the general reader, provides a clear and accessible account of the history of China from the earliest times to the present day. Its subject matter extends from the ambitions of the First Emperor to the conquest of China by the Mongols and to the triumphs and tribulations of the People's Republic. However, it is not only a narrative, for it also offers an analysis of the interpretations of Chinese history contained in recent scholarly works.

J.A. G. ROBERTS is Principal Lecturer at the University of Huddersfield, where he specializes in the history of China and Japan.