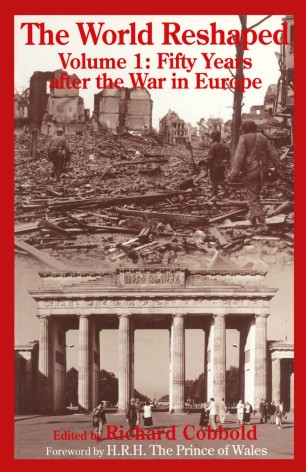 Volume 1: Fifty Years after the War in Europe

The World Reshaped: Fifty Years after the War in Europe looks at the way the world has evolved since the end of the Second World War. The book focuses on Europe, commemorating the end of the War and the seemingly inevitable transition into the Cold War; the break-up of the Soviet Union; and projections into the future. The contributions, each with their own perspectives, trace many of the dominant themes of the history of Europe of the last fifty years, and look forward to the next millennium.