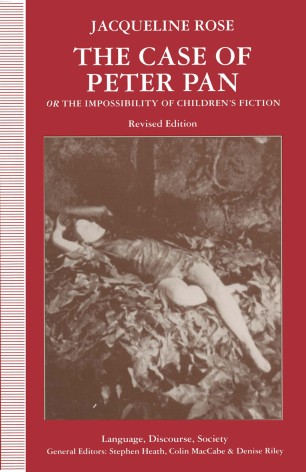 What does Peter Pan have to say about our conception of childhood, about how we understand the child's and our own relationship to language, sexuality, and death? What can Peter Pan tell us about the theatrical, literary, and educational institutions of which it is a part? In a new preface written especially for this edition, Rose accounts for some of the new developments since her book's first publication in 1984. She discusses some of Peter Pan's new guises and their implications. From Spielberg's Hook, to the lesbian production of the play at the London Drill Hall in 1991, to debates in the English House of Lords, to a newly claimed status as the icon of a transvestite culture, Peter Pan continues to demonstrate its bizarre renewability as a cultural fetish of our times.