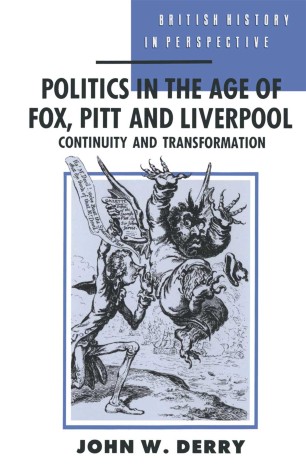 Politics in the reign of George III have frequently been regarded as corrupt and ineffective. Rather than concentrating on the weaknesses of the traditional system John Derry shows how remarkably resilient it was. The reader is provided with sufficient narrative to follow events, but there is also pungent comment and analysis which brings out clearly and forcefully why the old order survived for so long. Indeed, Derry argues that the traditional system was able to adapt successfully and positively to each new test placed upon it. He breaks away from a preoccupation with party development and demonstrates that the system made sense.