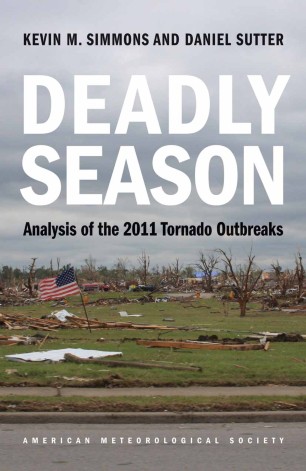 In 2011, despite continued developments in forecasting, tracking, and warning technology, the United States was hit by the deadliest tornado season in decades. More than 1,200 tornadoes touched down, shattering communities and their safety nets and killing more than 500 people—a death toll unmatched since 1953. Drawing on the unique analysis described in their first book, Economic and Societal Impacts of Tornadoes, economists Kevin M. Simmons and Daniel Sutter here examine the factors that contributed to the outcomes of such tornadoes as the mid-April outbreak that devastated communities in North Carolina, the “Super Outbreak” across the southern and eastern United States in late April, and the single, mile-wide funnel that touched down in Joplin, Missouri, among others, in late May.