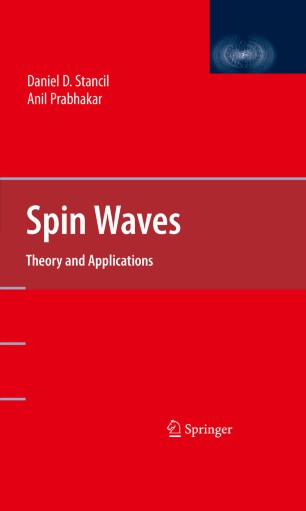 Spin Waves: Theory and Applications covers topics foundational to understanding spin waves such as the physics of magnetism and electromagnetic waves in anisotropic media, as well as both classical and quantum mechanical treatments of spin wave excitations.

The authors discuss many applications including microwave delay lines, spin wave-optical devices, and microwave oscillations induced by spin transfer torques in multilayer structures. The material provides explanations and developments of concepts that assist students and researchers interested in beginning work on topics related to magnetic excitations. The book can be divided into three major parts. The first is comprised of Chapters 1-4 and is concerned with the physics of magnetism and electromagnetic waves in magnetic media. The second part, Chapters 5-8, focuses on magnetostatic modes and dipolar spin waves, their properties, how to excite them, and how they interact with light. Finally, Chapters 9 and 10 treat nonlinear phenomena and advanced applications of spin wave excitations.

Spin Waves: Theory and Applications provides an introduction to an active area of research and a handy reference for workers in the field. The material is useful for graduate students in physics, materials science, or electrical engineering as well as active researchers in fundamental and applied magnetism.