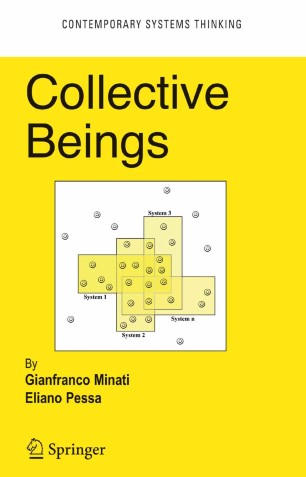 With collective behaviors playing a fundamental role in many scientific and technical disciplines, COLLECTIVE BEINGS focuses its attention on socio-economic applications to be used, for example, to increase corporate profitability and productivity. To this end, the book provides the reader with deep insights into modern conceptual tools of economy based on systemics.

In the book, collective behaviors are shown by systems composed of individual parts or agents. Moreover, COLLECTIVE BEINGS illuminates the interplay between system and individual in a remarkable new way: their collective beings give rise to systems having quite different behavior, namely that of the group and that of the individual agent. The authors always take the various aspects into account - for instance, the components of one system may be simultaneously the components of another system as well. They stress the importance of cognitive models used by the interacting agents, of the role of the observer and of the dynamic use of many cognitive models. The concept of being virtual in contradistinction to being actual is examined, and the role of ethical agreements is underlined, along with a careful discussion of different concepts of ethics as well as their relation to quality. Systemics is viewed as a cultural framework crossing disciplines and the final result is a book coined by a profound humanitarian attitude, in which the authors state that often 'technological solutions are designed for problems rather than for people having these problems.'