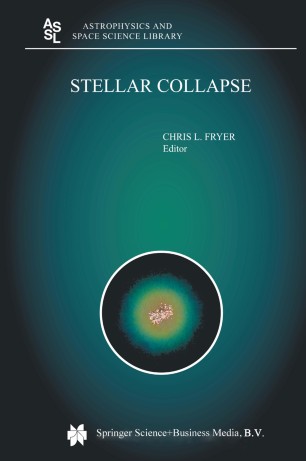 Supernovae, hypernovae and gamma-ray bursts are among the most energetic explosions in the universe. The light from these outbursts is, for a brief time, comparable to billions of stars and can outshine the host galaxy within which the explosions reside. Most of the heavy elements in the universe are formed within these energetic explosions. Surprisingly enough, the collapse of massive stars is the primary source of not just one, but all three of these explosions.
As all of these explosions arise from stellar collapse, to understand one requires an understanding of the others. Stellar Collapse marks the first book to combine discussions of all three phenomena, focusing on the similarities and differences between them. Designed for graduate students and scientists newly entering this field, this book provides a review not only of these explosions, but the detailed physical models used to explain them from the numerical techniques used to model neutrino transport and gamma-ray transport to the detailed nuclear physics behind the evolution of the collapse to the observations that have led to these three classes of explosions.