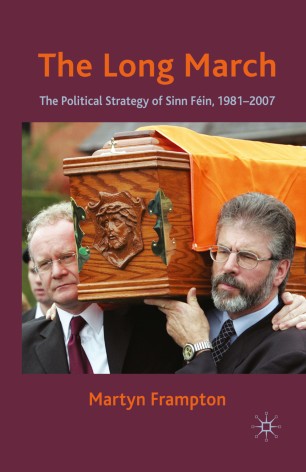 Sinn Féin has undergone a startling transformation in the last two-and-a-half decades. Under the leadership of its two principal figures Gerry Adams and Martin McGuinness the mainstream party of Irish republicanism has changed beyond almost all recognition. It has moved from the margins of political life, on both sides of the Irish border, to a position where it occupies the Deputy First Minister's chair in Northern Ireland and was viewed, until recently, as the coming force in southern Irish politics. In this book, the contours of Sinn Féin's recent evolution are considered, with particular emphasis on the various strategic objectives that the party has set itself. Sinn Féin's attitude to the Northern Irish peace process is considered at length here and the book challenges the 'conventional wisdom' that would juxtapose republican 'politics' and republican 'war' the notion being that, during the 1990s, republicans exchanged the latter for the former and were, therefore, 'tamed' into becoming a 'normal' political party. The central argument here is that such a view rests on a false dichotomy. It has been said that 'war is merely the continuation of politics'; with respect to Sinn Féin, it is argued, the inverse formulation needs also to be considered, with republican politics seen, by republicans themselves, as an extension of the war. In following through this line of argument, this book attempts to consider republicans on their own terms; to take their thoughts and words 'seriously' and to examine their recent history accordingly.

MARTYN FRAMPTON is a Junior Research Fellow at Peterhouse College, University of Cambridge, UK. He was educated at Jesus College, Cambridge, where he took a Starred First in History. He also holds an MPhil in International Relations and a doctorate in History. His academic interests include Modern European, British and Irish history and terrorism.

'...it will still be consulted when many well-known books on Irish republicanism are long forgotten.' - Ruth Dudley Edwards, Irish Times