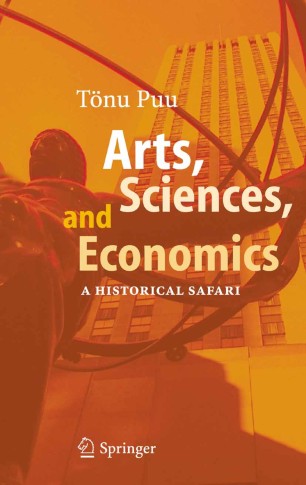 This book has a rather long-winding history. It is not like anything else the present author ever wrote, as all the rest is theoretical economics in a d- tinctively mathematical dress. For the emergence of the following pages, there are several people, - cept the author, who are to have the credit, or perhaps the blame. Around 1985, the department of economics at Umeå University in the North of S- den was visited by Professor William Hendon, Editor of the Journal of C- tural Economics. In my capacity of chairman of the department I invited him to a social lunch. We soon realized that we did not have much in terms of common research interests to talk about. However, somebody at the - partment later informed him that I also used to make copies of historical musical instruments during my free hours, so, once back in the US, he asked me to write an article for his journal, comparing the making of mathematical models to the making musical instruments. I thought the idea was absolutely crazy, but could not help start thinking about it now and then, so five years later I actually contributed a paper called "On the unity of the arts, crafts, and sciences".