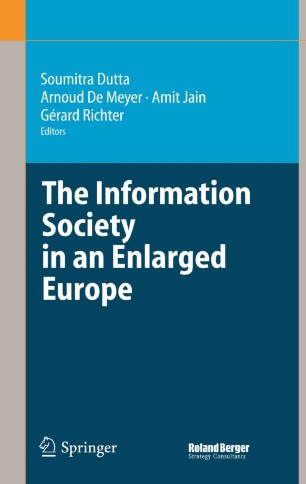 The Information Society in an Enlarged Europe

Europe enlarged its boundaries in 2004 with the accession of ten new member states to the European Union. The creation of an effective information society is seen as critical to the global competitiveness of Europe. Based upon detailed data collection and rigorous analysis, the book presents a benchmarking study of the 10 new member states and 3 candidate countries of the European Union as compared to the 15 incumbent countries with respect to the development of their information societies. Using a framework based on the Europe 2005 benchmarking framework, the 28 EU members and candidate countries are ranked according to their level of information society development, and then classified into 4 categories. The results presented in this book are of importance to all managers and companies doing business in the IT sector in the European Union.