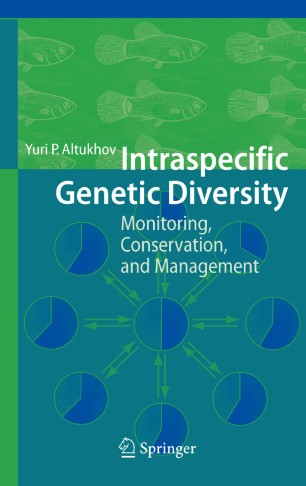 Population and evolutionary genetics have been quickly developing ?elds of biological research over the past decades. This book compiles our current understanding of genetic processes in natural populations. In addition, the book provides the author’s original ideas and concepts based on the data obtained by himself and his close coworkers. The author introduces his pioneering concept of population genetic stability,and much of thebook is concerned with the factors and conditions of such stability. Why does genetic stability matter so much? Altukhov argues that the sustainable use of natural resources, including genetic resources of popu- tions, critically depends on the maintenance of their stability. The preser- tion of well-adapted genetic characteristics from one generation to the next is essential for this stability. Traditionally, population genetics has been - cusedonevolution andthe role of evolutionary factorsinshapinggenetic structures of populations. While the idea of a population as a dynamic unit of evolution has been widely accepted, the signi?cance of genetic stability and its implications for the long-term survival of populations and species have not been fully appreciated.