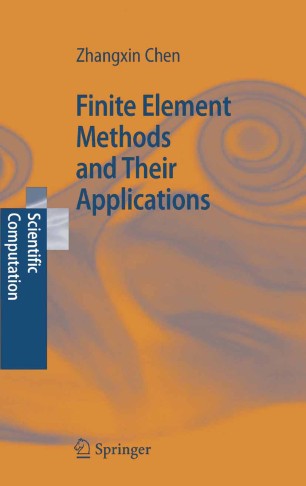 Finite Element Methods and Their Applications

This book serves as a text for one- or two-semester courses for upper-level undergraduates and beginning graduate students and as a professional reference for people who want to solve partial differential equations (PDEs) using finite element methods. The author has attempted to introduce every concept in the simplest possible setting and maintain a level of treatment that is as rigorous as possible without being unnecessarily abstract. Quite a lot of attention is given to discontinuous finite elements, characteristic finite elements, and to the applications in fluid and solid mechanics including applications to porous media flow, and applications to semiconductor modeling. An extensive set of exercises and references in each chapter are provided.