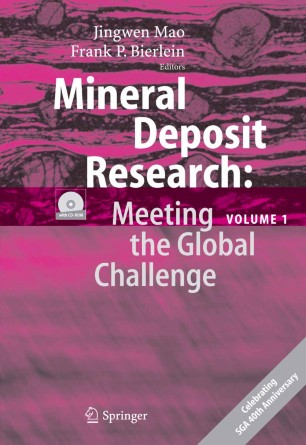 In June 1965, a small group of European economic geologists gathered in Heidelberg, Germany, at the invitation of Professor G. C. Amstutz and decided to establish the Society for Geology Applied to Mineral Deposits (SGA) and to start a journal to be called Mineralium Deposita. The first issue of the journal came out in May 1966, and has now matured to a leading journal in economic geology The first Biennial SGA Meeting was held successfully in Nancy, France, in 1991, with subsequent meetings in Grenada (Spain; 1993), Prague (Czech Republic; 1995), Turku (Finland; 1997), London (United Kingdom; 1999), Krakov (Poland; 2001) and Athens (Greece; 2003). In 2002, th the SGA Council decided that its 8 Biennial Meeting in 2005 should be held in Beijing, China, making this the first Biennial Meeting to be convened outside - th rope. Significantly, 2005 also marks the 40 anniversary of the SGA. The decision to host this year’s premier meeting in Beijing reflects the Society’s successful transition from its traditional European focus to a truly global organization, with 24% of SGA members situated in North America, 13% in Australia and Oceania, and 5% in Asia. Over the last 27 years China has made dramatic progress towards political and economic reform, and opening the nation to the outside world. China’s rapid e- nomic development demands increasing amounts of minerals, fuels and materials, and this is currently a major driver for the global economic markets.