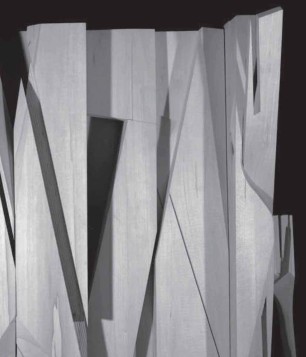 The experimental and partly realized work of Sotirius Kotoulas, an architect living in New York City, has often attracted attention in the USA, being written about and awarded prizes. He is, however, less well known in Eurpoe. He is presently working on a design for a house in Seriphos, Greece. Lebbeus Woods on Kotoulas’ work: "… This is not an inhabitable site-specific architecture but one that is translatable, a numerical transference outside the material realm of building as an architecture about architecture.”

SOTIRIOS KOTOULAS, born in Winnipeg Canada, educated in Architecture at The Cooper Union (1998–2003). He received the Abraham E. Kazan award for Urban Design Studies. He designed and followed the construction of a house for his family in Winnipeg (1996–2001). His work has been published in several architectural journals and broadcast on the CBC. His Forum House proposal with John Shimkus received the Prix du Public from the City Crossings competition. He is currently designing a house on the island of Seriphos, Greece. He lives in New York City.