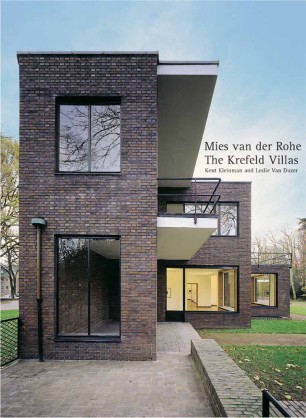 Notes on Almost Nothing Haus Lange and Haus Esters did not make Mies van der Rohe famous. One might even say that the two neighboring brick villas in Krefeld, Germany (1927–30) have long been treated as a threat to Mies’s legacy: doubly damning evidence ?rst repressed by the architect himself and subsequently suppressed by his apologists. The history of this neglect is in its own right revealing, for to make two substantial buildings essentially disappear suggests a remarkable degree of consensus between the architect and his critics. [2, 3] Mies, as we know, said little about much, but particularly little was said about Haus Lange and Haus Esters. The architect proffered his only known assessment of the villas in a public dialogue at the Architectural Association in 1959. With thirty years of hindsight, Mies made his fateful condemnation: “I wanted to make this house [Haus Lange] much more in glass, but the client did not like that. I had great 1 trouble. ” This single remark—often published in tandem with an early pastel sketch of Haus Esters depicting a generously glazed garden facade or a photograph of the architect at work on the same—has been repeatedly cited to explain away these “compromised” works as the result of dif?cult clients.