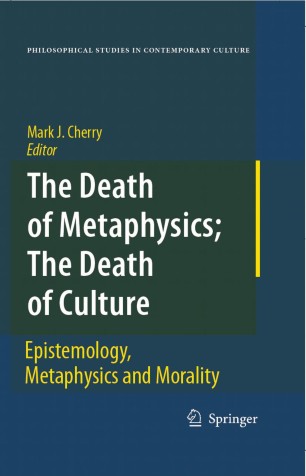 The Latin root of the English word culture ties together both worship and the tilling of the soil. In each case, the focus is the same: a rightly-directed culture produces either a bountiful harvest or falls short of the mark, materially or spiritually. This volume critically explores the nature and depth of our contemporary cultural crisis: its lack of traditional orientation and moral understanding. Prime among the issues at stake are the meaning and significance of birth, copulation, suffering, and death, expressed in debates regarding human embryo-experimentation and stem cell research, the character of moral and scientific norms, as well as more fundamentally, the character of an adequate epistemology for coming to appreciate the deep nature of reality and its normative implications. Given varying background ontological, epistemological, and axiological presuppositions, different moral positions and political objections will appear as not merely morally permissible but as socially and politically obligatory. The volume is addressed to philosophers, theologians, bioethicists and public policy professionals as it critically assesses the increasing void between the traditional Christian metaphysical and moral understandings that guided the flourishing of Christian culture and today’s very secular, and frequently empty, cultural backdrop.