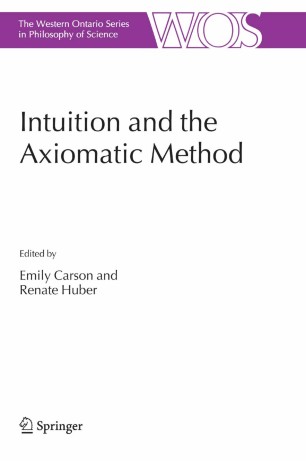 Intuition and the Axiomatic Method

Part of the The Western Ontario Series in Philosophy of Science book series (WONS, volume 70)

Following developments in modern geometry, logic and physics, many scientists and philosophers in the modern era considered Kant’s theory of intuition to be obsolete. But this only represents one side of the story concerning Kant, intuition and twentieth century science. Several prominent mathematicians and physicists were convinced that the formal tools of modern logic, set theory and the axiomatic method are not sufficient for providing mathematics and physics with satisfactory foundations. All of Hilbert, Gödel, Poincaré, Weyl and Bohr thought that intuition was an indispensable element in describing the foundations of science. They had very different reasons for thinking this, and they had very different accounts of what they called intuition. But they had in common that their views of mathematics and physics were significantly influenced by their readings of Kant. In the present volume, various views of intuition and the axiomatic method are explored, beginning with Kant’s own approach. By way of these investigations, we hope to understand better the rationale behind Kant’s theory of intuition, as well as to grasp many facets of the relations between theories of intuition and the axiomatic method, dealing with both their strengths and limitations; in short, the volume covers logical and non-logical, historical and systematic issues in both mathematics and physics.