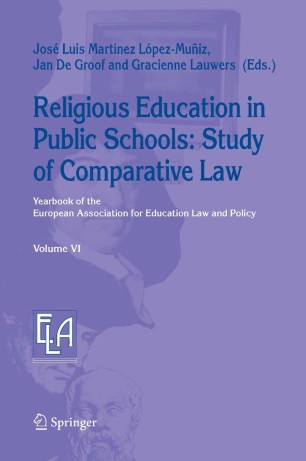 Yearbook of the European Association for Education Law and Policy

Part of the Yearbook of the European Association for Education Law and Policy book series (YELP, volume 6)

Europe is going through a sort of "social revolution" with the influence of the church and religious instruction in state schools being open to discussion. Critics claim that providing religious instruction in state schools violates the constitutional separation of church and state. And yet, despite an alleged separation of church and state, in most countries, the church continues to play a considerable public role, especially in education.

The comparative analyses in this book will be of great value to researchers in educational research and to educational policymakers.

The chapters are written in the English, French, German, Italian and Spanish language.