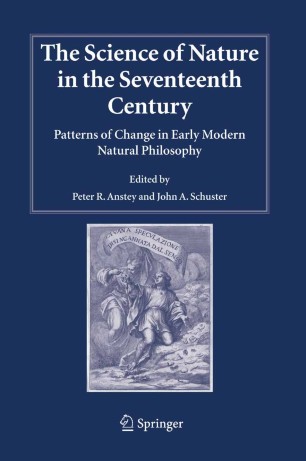 The Science of Nature in the Seventeenth Century

Part of the Studies in History and Philosophy of Science book series (AUST, volume 19)

The seventeenth century marked a critical phase in the emergence of modern science. But we misunderstand this process, if we assume that seventeenth-century modes of natural inquiry were identical to the highly specialised, professionalised and ever proliferating family of modern sciences practised today.

Thus, the ‘Scientific Revolution’ of the Seventeenth Century did not witness the sudden birth of ‘modern science’ but rather conflict and change in the field of natural philosophy: Aristotelian natural philosophy was challenged and displaced, as thinkers competed to redefine natural philosophy and its relations to the superior, cognate and subordinate disciplines. From this process the more modern looking disciplines of natural science emerged, and the idea of a general Science of Nature suffered a slow demise.

The papers in this collection focus on patterns of change in natural philosophy in the seventeenth century, aiming to encourage the use and articulation of this category in the historiography of science. The volume is intended for scholars and advanced students of early modern history of science, history of philosophy and intellectual history. Philosophers of science and sociologists of scientific knowledge concerned with historical issues will also find the volume of relevance. Above all, the volume is addressed to anyone interested in current debates about the origin and nature of modern science.