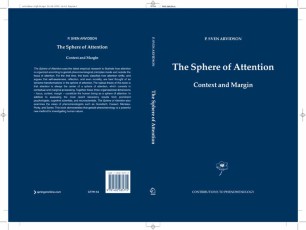 The Sphere Of Attention

Part of the Contributions To Phenomenology book series (CTPH, volume 54)

The phone call came mid-afternoon in February of 1996. The program chair for the annual meeting for the Southern Society of Philosophy and Psychology wanted to make sure he had the facts right. “This is somewhat unusual…” he began. “You’re a philosophy professor who wants to present to psychologists in the psychology portion of the meeting.” “That’s right.” “Well your paper was accepted for that part of the program but the others just wanted me to check and make sure that’s where you want to be presenting.” “That’s right.” Reassured, the professor wished me luck and said good-bye. In my session at the meeting, I was the last to present. As my time approached, the medium-sized room slowly became crowded. I dreamed that these psychologists had left their other meetings early to make sure to catch my presentation on the use of metaphors in attention research. As I arose to present I noticed that the half-full room had become standing room only! Finally, after years of feeling as if I was struggling alone in promoting and defending a phenomenology of attention, I had an eager audience for my message. My persistence had paid off. I delivered my message with passion.