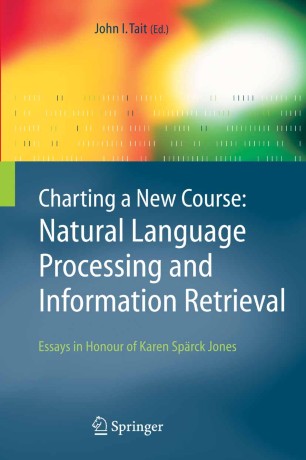 Karen Spärck Jones is one of the major figures of 20th century and early 21st Century computing and information processing. Her ideas have had an important influence on the development of Internet Search Engines. Her contribution has been recognized by awards from the natural language processing, information retrieval and artificial intelligence communities, including being asked to present the prestigious Grace Hopper lecture. She continues to be an active and influential researcher. Her contribution to the scientific evaluation of the effectiveness of such computer systems has been quite outstanding.

This book celebrates the life and work of Karen Spärck Jones in her seventieth year. It consists of fifteen new and original chapters written by leading international authorities reviewing the state of the art and her influence in the areas in which Karen Spärck Jones has been active. Although she has a publication record which goes back over forty years, it is clear even the very early work reviewed in the book can be read with profit by those working on recent developments in information processing like bioinformatics and the semantic web.