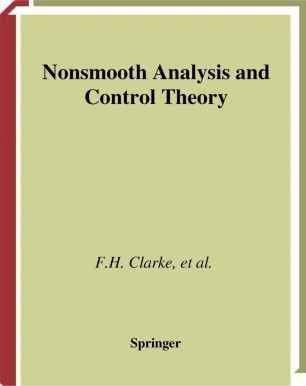 In the last decades the subject of nonsmooth analysis has grown rapidly due to the recognition that nondifferentiable phenomena are more widespread, and play a more important role, than had been thought. In recent years, it has come to play a role in functional analysis, optimization, optimal design, mechanics and plasticity, differential equations, control theory, and, increasingly, in analysis. This volume presents the essentials of the subject clearly and succinctly, together with some of its applications and a generous supply of interesting exercises. The book begins with an introductory chapter which gives the reader a sampling of what is to come while indicating at an early stage why the subject is of interest. The next three chapters constitute a course in nonsmooth analysis and identify a coherent and comprehensive approach to the subject leading to an efficient, natural, yet powerful body of theory. The last chapter, as its name implies, is a self-contained introduction to the theory of control of ordinary differential equations. End-of-chapter problems also offer scope for deeper understanding. The authors have incorporated in the text a number of new results which clarify the relationships between the different schools of thought in the subject. Their goal is to make nonsmooth analysis accessible to a wider audience. In this spirit, the book is written so as to be used by anyone who has taken a course in functional analysis.